The Real Cost of Grub Damage 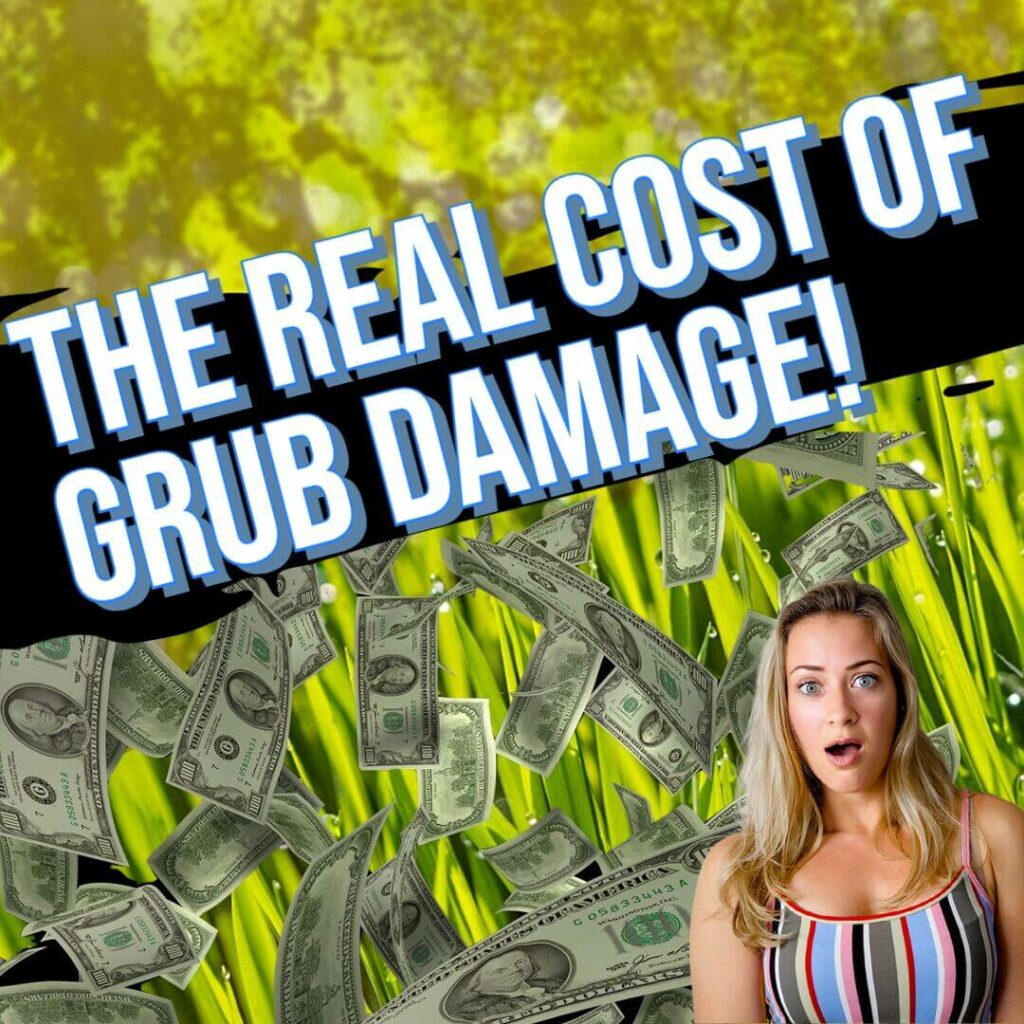 It’s early spring again and grub season is well underway. Even if you weren’t attacked last summer, some households who chose not to get grub control might be having internal debates on how to deal with grubs this season.

Grub damage usually occurs in the springtime as the end result of the hungry insects destroying lawns from the previous fall, as well as moles, raccoons and skunks digging up the lawn in search of them to feed.

The chance of grubs in your lawn can be reduced by using a professional grub prevention treatment and following effective lawn care practices.

The larvae stage is the lawn-damaging life stage of the grub. It’s when it is feeding aggressively on the roots of the grass.

Depending on the amount of damage, the cost to renovate a grub infested lawn can range from $4,500 to $7,500 USD for the average 5,000 square foot lawn in Pennsylvania. So, it’s best to be proactive and also know some of the tell-tale signs of a grub problem.

Beetle’s go through four distinct form changes during their life cycle: egg, grub (larva), pupa and finally, adult. After hatching from the egg the grubs will progress through three larval stages. As a result, a wide range of grub sizes can be found in the soil. 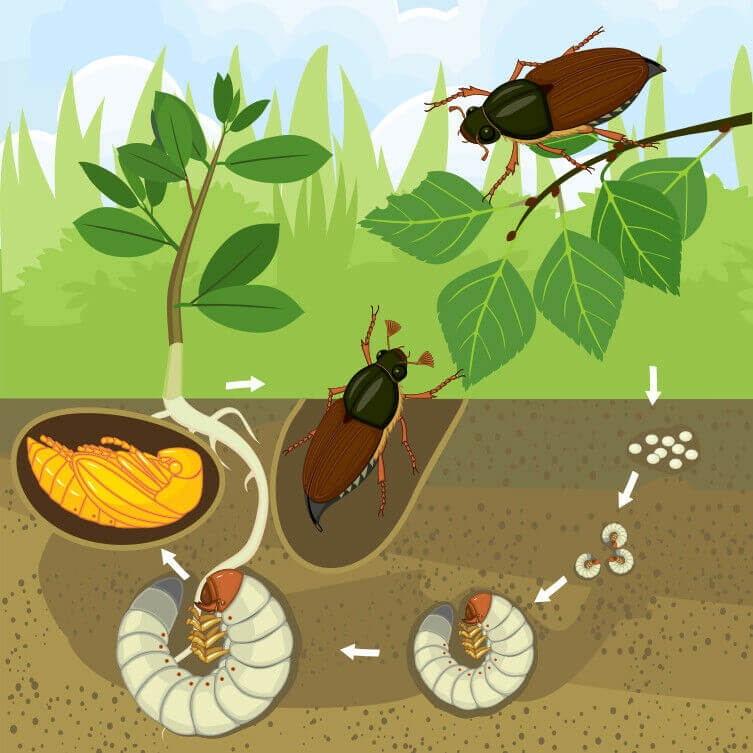 The grub develops into a pupa, which is a resting period, and then into an adult beetle. This kind of life cycle is referred to as complete metamorphism.

Japanese beetles, masked chafers, and green June beetles all have one-year life cycles. This indicates that these beetles only go from the egg to adult stage once in a calendar year. After the mating flights, the eggs are laid in the soil in the early summer. The bug will then go through its different stages of growth, with adult beetles emerging from the soil in the spring or early summer the following year.

Both the May and June beetles have a two- to three-year life cycle.

When Does Grub Damage Appear?

Lawns will most likely show signs of grub damage in late summer to early fall. As the fall season continues, the affected turf loses its color, and the damaged roots are unable to absorb nutrients or water adequately. Your beautiful green grass will wither and start to turn brown.

Look for thin spots: a grub damaged lawn will contain thinning or dead grass in spotty or large patches where the grubs have been feeding on the grass roots.

Look under the sod: Pull back part of the dead turf. If it peels back easily, grubs have most likely eaten the roots.

Seeing grubs themselves: White grubs will appear as plump “C” shaped insects just underneath the dead patches of grass if they are active. They’ll be more plentiful around the outside of the dead zones.

Animal activity in the lawn: Outdoor animals like moles, raccoons, skunks, squirrels, and birds love these little appetizers and will tear up your lawn to get to the tasty treat, compounding the damage to your lawn.

One or two grubs usually do not cause much harm, so no treatment is needed. However, heavily infested lawns, with as much as 100 grubs per square yard or more, can inflict significant harm. Grub avoidance is much simpler, but there are ways to get rid of grubs after they’ve taken over.

Contact a Turfcor professional today and set up a consultation to repair a grub damaged lawn, or prepare a treatment plan to prevent grub damage before it starts.

Will Grub Damage Get Worse If Not Repaired?

Scavenging animals like raccoons and skunks find grubs a convenient source of protein in the spring when food is scarce. It’s easy for the animals to roll back the grass since the root system has already been damaged by the grubs. The animals usually cause more damage than the grubs did themselves!

These animals will return to places they’ve already found food, regardless if there are grubs there or not. You might even see squirrels dig up fist-sized holes looking for a quick snack. This is rare though since they are mainly herbivores and food, like seeds and buds, is fairly abundant in the spring.

If grub damage has occurred even after your best efforts then immediate repair will be needed to prevent any problems from happening in the future.

Some of the steps that might need to be taken are:

Join Our Referral Program & Save BIG!

Join our referral program to save 10% instantly, and up to 50% for life on any full service package.

Professional Lawn & Tree Experts Near You

Turfcor proudly serves all of Eastern Pennsylvania, from Scranton to Downingtown, and everywhere in between.